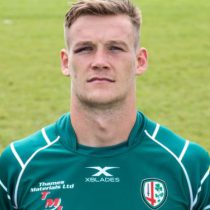 Lloyd played his junior rugby in the North Harbour region but moved over the bridge to Auckland in 2012 and played his club rugby with Auckland Marist.

He was called up by the Blues ahead of the 2014 Super Rugby season to train as an apprentice in the absence of the injured Culum Retallick.

He was subsequently part of the Auckland side for the 2014 ITM Cup and made 7 appearances which duly convinced the Blues to include him in their wider training group for 2015, He signed for London Irish for the Premiership season in early December.

In March 2016, he signed a two-year contract extension which would see him remain at London Irish until the end of the 2017-18 season.

Lloyd played 22 times for Irish during the 2016/17 promotion-winning campaign.