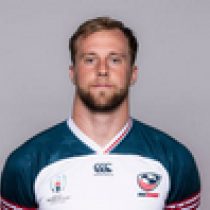 Ben made his debut for the US sevens team at the 2016 Wellington 7's after being named Youth Rugby Player of the Year by USA Rugby in 2014.

He was selected for the U.S. Olympic men’s rugby team at the 2016 Summer Olympics in Brazil.