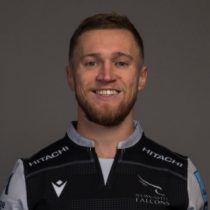 Connon is a Irish fullback who was picked up by Newcastle Falcons at the age of 15. He has since gone on to represent Ireland at under 18 and under 19.
Connon was drafted into the senior academy side on a full time contract during 2015 and made a few appearance during the build up to the 2015/16 season.
2016 was a good year for Cannon as he represented Ireland under 20's in the final of the Junior World Cup, as well as making his first team debut for Newcastle Falcons when they play Ospreys in October.

As of the 2018/2019 Champions Cup, Connon has had 3 European Cups appearances scoring 2 points.