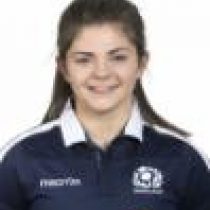 FoLisa made her international debut against England at Broadwood in the 2016 6N opener.

Outside rugby, Lisa has played football for Heart of Midlothian girls under-15, under-17 and development teams.

In January 2017, she was named in the Scotland Women team that would compete at the 2017 Women's Six Nations tournament.