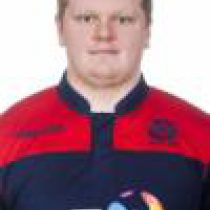 George, a former pupil at Moulton College, received his first cap for Scotland under-20 when he came off the bench in his side’s 24-6 defeat of England, in the opening game of the 2016 Six Nations.

The loosehead prop also represented Scotland at under-18 level, where he scored one try in his five caps.

In January 2017, he was recalled to represent Scotland U20 at the Six Nations tournament.

Thornton, who impressed for Scotland during the 2017 World Rugby Under 20 Championship in Georgia, was signed by Wasps for their Senior Academy.

In March 2018, Thornton was awarded a new Academy contract at Wasps.

In 2019 he signed a two-year deal with Glasgow Warriors.