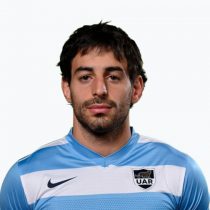 Ezcurra made 2 appearances for Argentina in the South American Rugby Championship in 2015.

With an adequate performance that year, he was called again for the 2015 Rugby Championship, but didn't make an appearance.

He signed for English side Leicester Tigers in Premiership Rugby on 30 September 2018 on a short term contract. But did not feature on the pitch and returned to Argentina later that year.

In 2019, he was named in Argentina's team for the 2019 Rugby World Cup before signing a new two-year deal with Super Rugby side Jaguares.