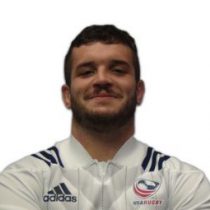 Malcolm graduated from Stoneman Douglas High School where he played both football and rugby. Malcolm was a four-time USA Rugby High School All American and won a Florida High School Sevens State Championship. Malcolm continued playing rugby at Wheeling Jesuit University where he was named a Collegiate All American.

In May 2017, Malcolm was named in the USA Men's Eagles squad for the Emirates Airline Summer Series and Rugby World Cup 2019 Qualifiers this June and July, having won 2 caps.