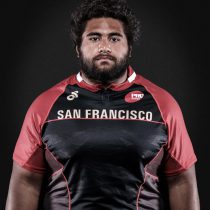 Latu was brought up in San Mateo, California, where he played rugby for the San Mateo Warriors and American football as a linebacker, offensive tackle, and running back.

Latu made appearances for the United States national under-20 rugby union team in 2011 as a prop and hooker before being called into the U.S. national team camp for the November 2013 tests, but did not play.

In an effort to boost his chances of making the U.S. national team squad, the prop spent time in Canberra, Australia in 2014 playing for the Eastern suburbs club in the ACTRU Premier Division.