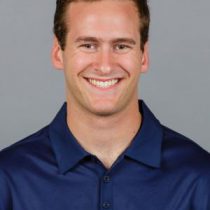 Grass is a former California Golden Bears lock, who pursued a degree in chemical engineering while playing college rugby.

Grass was the leading try-scorer for his team as a junior and senior, and the 2011 U-19 MVP at SFGG.