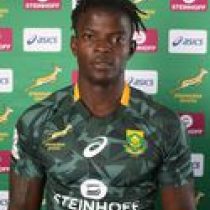 Mafuma is a lightening quick winger who lit up the Varsity cup in 2016, his efforts were reward when he was called in to the South African under 20 squad to play in the Junior World Cup.

Mafuma's performance led to him being called into the Cheetahs Currie Cup squad in 2016 before he joined the Springbok Sevens Academy in 2017.