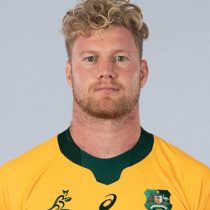 Hailing from New South Wales Matt Phillip represented Australia at schoolboy level in 2012, and under-20 level in 2014.

He initially made his way in the game turning out for Sydney University in the Shute Shield where his form earned him a call up to the Sydney Stars squad ahead of the inaugural National Rugby Championship in 2014.

He made 15 appearances for the Stars across two seasons and scored two tries in that time.

Philip's rise to Super Rugby level was a swift one as an injury crisis in the Force's second-row saw him cross Australia from Sydney to Perth to train with them during the 2016 mid-year rugby union internationals break.

He was subsequently named in the Force's squad for their two-match tour of South Africa and debuted as an early blood replacement for Rory Walton in the game against the Cheetahs in Bloemfontein.

He made three substitute appearances in total during the 2016 Super Rugby season and later in 2016, he joined Southland in the Mitre 10 Cup.

In 2017, Philip was a first-choice starter at lock for the Force, after his strong performances for Perth Spirit in the NRC, he was invited into the Barbarians team to play Australia in Sydney, and then selected the Australian squad for the 2017 Wallabies tour.

He made his first appearance for Australia against the Barbarians and then made his test debut a week later against Japan.

In November, the 3-Test Wallaby signed a deal to join the Melbourne Rebels for the 2018 & 2019 Super Rugby season, where he would add to his 13 Super Rugby caps.

Philip cemented himself in the Rebels forward pack, playing a career-high 16 games in 2018. The following year he continued his superb form and played 15 games before being ruled out with a foot injury.

A standout 2020 saw Philip attract attention in France as he signed to join TOP14 club Pau. Under new Wallabies head coach Dave Rennie, Phillip was a starter for the Wallabies taking his test tally to 9 before making his move to France.

In April 2021, the Rebels confirmed that Phillip would be returning to the side in 2022.