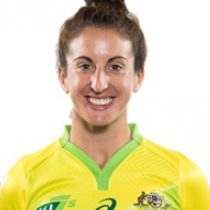 Quirk, originally a touch footballer from Wagga Wagga, was one of the converts to Rugby Sevens when the program turned professional and has since then forged her way as one of the fiercest defenders and most skillful ballplayers on the World Series circuit for Australia.

In September 2018 she signed a new two-year deal with Australian rugby.