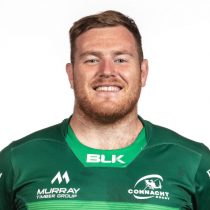 Belfast man Carey was capped by Ireland at U18, U19 and U20 levels, making four appearances in the 2011 Junior World Championship.

The Methodist College Belfast alumnus is a product of the Ulster underage system, but opted for move out of Ireland in 2013, joining Ealing Trailfinders in the Championship in search of regular game time.

He made 23 appearances for Ealing during the 2013 season and, after impressive stunts, earned a move to Nottingham.

In March 2016, Carey signed a deal with Irish provincial side Connacht for the 2016–17 season and beyond.

Having extended his contract midway through the 2017/18 season, Carey went into the 2018/19 season having made over 39 appearances for his Province.

In February 2019, he signed a two-year deal with Worcester Warriors.

He left the Warriors after signing a deal with French side Perpignan in 2021.

In October 2021, joined Northampton Saints in the Premiership.