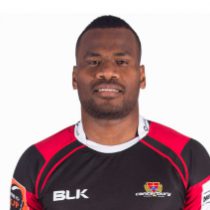 An exciting Fijian winger Poasa was part of the Fijian Under-20 at Junior World Championship in 2014 in New Zealand, where he was scouted by Border RC in Wanganui.

The following year he joined Border RC and scored a try and set another two on his debut.

His impressive efforts did not go unnoticed as he was snapped up by Canterbury and was included in their 2016 Mitre 10 Cup squad.

He helped the side to the Premiership title in 2016 and was retained in the squad for the 2017 season.