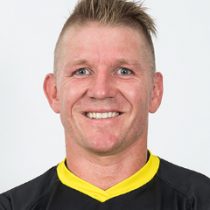 Valentine made his debut for the Queensland Reds in 2003 and was named Reds' rookie of the year that year.

A vice-captain role with Australia A soon followed and saw him tour Japan with the team and participate in the Under 21 World Cup in England.

After a short stint with the Waratahs, Valentine signed for the Brumbies in 2010 where his skills caught the eye of French club Narbonne, signing him for 2011 and further.