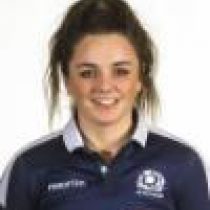 Abi swam for Scotland at national level for six years and represented Midland district in the 2012 British Inter-Counties before making her Scotland international debut in the 2015 6 Nations opener against France.

In January 2017, she was called in the Scotland Women squad for the 2017 Six Nations tournament.