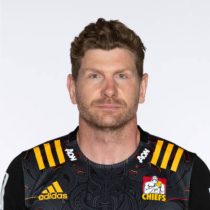 Called up for the All Black squad in 2011 after a strong season with the Highlanders. A tough energetic loose forward who fits in well with the dynamic patterns set down by the All Blacks.

He studied Physical Education at Otago University and is now well settled in the South, playing for Otago since 2004 and played for the Highlanders in 2006 & 2008.

In 2015 he made a return to Super Rugby where he joined the Queensland Reds .

Thomson made a move to Japan but suffered an undiagnosed back injury that left him hospitalised for long periods of time. A long and lengthy road back to fitness saw Thomson not only recover but remarkably play rugby again.

At 37 he announced a return to the pro game with a contract in the MLR and ahead of the American season he rejoined Otago for the 2019 Mitre 10 Cup.

In January 2020, he signed for Super Rugby side the Chiefs, becoming one of 8 replacement players in the squad.