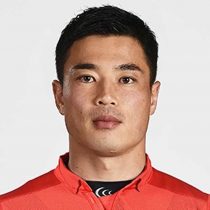 Yamada has been a prolific try-scorer for the Wild Knights in Japan's Top 14 competition since making his debut during the 2010-11 season.

Ahead of the admission of a Japanese franchise into Super Rugby, Australian sides were permitted to contract one Japanese player per season to aid their development. And so it was that the Perth-based Western Force signed Yamada to a one-year contract ahead of the 2015 Super Rugby season.

He was selected in the Sunwolves squad for their first Super Rugby season and made 16 appearances for the side between 2016 and 2019.