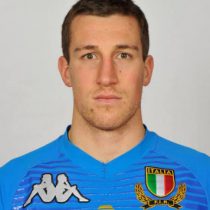 Sgarbi arrived at Benetton Rugby in 2006 at just twenty years, the same year he won the first Italian Super Cup.

As of December 2019, he has scored 40 points for Benetton with his 8 tries and early January 2020 he earned a national recall for the Six Nations