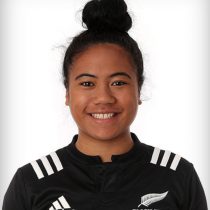 Alena Saili joined the Black Ferns Sevens team in her first year out of Southland Girls' High School and made her debut in Sydney at only 19-years-old. Saili is a powerful ball runner with strong footwork on attack and accuracy on defence.

The strong and skilful forward has previously represented New Zealand in under 20's touch. Saili also led her school's First XV to a national title in the longer rugby format with three tries in the final against St. Mary's. In 2016, she was named the 2016 Senior Sportswoman of the Year at the Southland Secondary Schools Sports Awards.


In August Saili made her test debut against Australia.