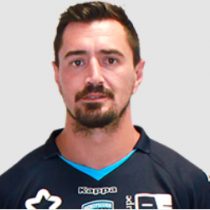 Alexandre Dumoulin has exploded onto the French rugby scene, having been a late entrant to the international and club set up.

His position is centre, but is more than capable of slotting in on the wing.

He has represented Racing Métro in the Top 14, and is well known for his hard running and robust tackling in defence.

In January 2015 he was named in the France 31-man squad for the 2015 Six Nations Championship by coach Philippe Saint-André He made his debut for France on 8 November 2014 against Fiji.

Following a good showing in the 2015 6 nations, Dumoulin was named in the French squad for the Rugby World Cup.