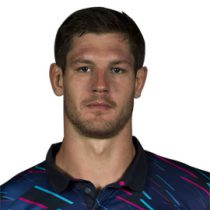 Graduating from the Stade underage set up in 2008, he didn't receive his first appearance until 2009, when he came of the bench in the 74th minute against Bourgoin. On that occasion, Stade were victors 20–6.

He improved massively the following season and went on to make 16 appearances overall. His form for his club saw him called up to the French national side for the 2013 France rugby union tour of New Zealand.

He earned his first cap on the 8th June, coming of the bench for Yoann Maestri on the 70th minute. Since then he has been a regular in the French camp, being named in the squad for the 2014 and 2015 Six Nations Championship's, plus the 2014 end-of-year rugby union internationals squad. A key member of the Stade team which won the Top14 in 2015, Flanquart was named in the 31-man French squad for the 2015 Rugby World Cup.

During the 2016 Six Nations, Flanquart played his final test match for France taking his tally to 22 including 13 starts.

Having won a TOP14 title (2015) and a Challenge Cup title (2017) with Stad Francais, Flanquart left the Parisian club to join Bordeaux. He played over 160 games for Stade Francais before linking up with Bordeaux.