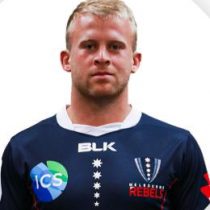 Deegan was born and raised in Sydney and attended St Joseph's College in Hunter's Hill. He has represented the NSW U20 side on several occasions, including the back-to-back national championships in 2013-14.

He also represented his country at U20s level in 2015. The Randwick back was a part of the 2016 NRC finalist NSW Country Eagles side and led the Shute Shield as highest points scorer in 2016.

He joined the Waratahs in the 2016 pre-season as part of the development squad and was promoted to the supplementary squad in 2016.

The number 10 is small in stature, but is stocky and should be well equipped to cope with the physical demands of modern-day rugby.

Adding to the Tahs’ new energy in 2017, Deegan was likened to his then Waratahs teammate, Bernard Foley as a potential up and coming flyhalf prospect.

In August 2017, he made the switch to Connacht for the 2017-18 season, as incoming head-coach Kieran Keane bolstered his squad for his first campaign.

Deegan made just two appearances for Connacht before returning to Australia to join the Western Force.

A skillful fly-half, Deegan produced a brilliant individual season for the WA side in the NRC. He led the competition with total points of 69, successful 28 conversion, and 7 assists.

Deegan's impressive performances helped him land a contract with the Melbourne Rebels for the 2020 Super Rugby season.