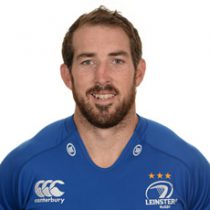 Versatile back, Andrew Goodman was signed by the Blues on a one-year contract in the summer of 2011 and comes to the province with coach Joe Schmidt describing him as a quality player and a ‘consistent place-kicker for a number of years’.

The Kiwi has played club rugby in Japan, for Honda Heat, and in his native New Zealand, where he turned out for Nelson RFC and for Tasman Makos in the National Provincial Championship.

Goodman’s preferred position is centre but he is comfortable across the backline, including out-half, and has shown a confident, and nerveless, ability to land points from the placed ball. In 2009, he was selected for the wider Crusaders panel but opted, instead, to take up a playing contract with Honda Heat Rugby in Japan.

He returned to New Zealand after a stint in the Land of the Rising Sun and was bestowed with the Tasman Makos captain’s armband for the 2011 season. Goodman finished his final season with the Makos as the fourth highest points scorer in the championship. In 47 club games, over two seasons, he registered 265 points.

Andrew linked up with Leinster in late October and made his senior debut for the province away to the Ospreys on November 4th. Goodman left Leinster in 2014 to join Japanese club Toyota Industries Shuttles before returning to New Zealand where he finished his career at Tasman.

He again returned to Nelson and accepted a position as head of the rugby academy at Nelson College for 2015. He returned to New Zealand to form part of the Tasman Mako coaching group, having joined as an Assistant Coach in 2016. Alongside Clarke Dermody, he led the side to their first Mitre 10 Cup title in 2019.

Goodman was part of the Crusaders 2018 and 2019 Super Rugby successes, assisting with team defence and individual technical development.

And in 2019 it was announced that would join Head Coach Scott Robertson, Forwards Coach Jason Ryan, and Scott Hansen in the Crusaders coaching team for 2020.