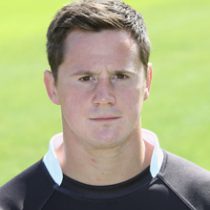 Saull has played for England at Under-16, U18 and U20 level and is already part of the England Saxons squad.

A couple of serious injuries caused him setbacks when he was at Saracens, where he featured over 100 times for the club.

Saull moved to Yorkshire Carnegie, signing a contract with the club ahead of the 2015/16 season.

Saull retired at the end of the 2016/17 season with Yorkshire, after playing a part in getting them into the Championship play off final.