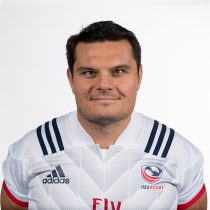 Purpura first started playing rugby in college and went on to represent the Northeast at the Collegiate All-Stars.

Upon graduation, he continued to play at Mid-Canterbury Rugby Union and Ashburton Celtic, before coming back to the States, where he played at Boston Rugby Club.

In January 2017, he was named in the USA team that would compete at the 2017 Americas Rugby Championship.

Purpura was named in the USA Men's Eagles squad for the Summer Series and Rugby World Cup 2019 Qualifiers in June and July.