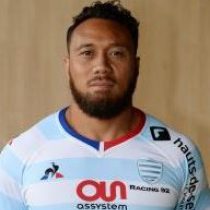 Tuitavake, is a fast attacking centre, who not only finishes backline moves himself, but also has the vision to create space and scoring opportunities for his outsides.

In 2009, Tuitavake signed a two-year deal with Japanese club NEC Green Rockets, with whom he debuted in the 2010-11 season.

And the year 2013 saw him Tuitavake signed up with top French club Montpellier for the 2013-14 season.

In the summer of 2016, Anthony signed for Racing 92 in the French Top 14 for two seasons. He played six times for the All Blacks.