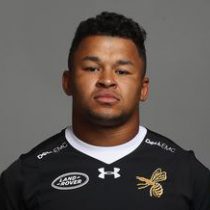 In February 2017, Wasps confirmed the signing of the dynamic player ahead of the 2017/18 campaign.

After 2 seasons with Wasps, Harris signed a deal to join Championship side Jersey Reds in April 2019.