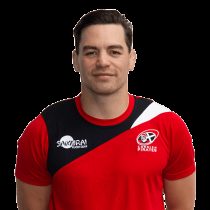 A standout performer for his Old Boys Marist Club, Kiri Kiri applies his skills in both the 15 and 7 aside forms of the game.

He has proven to show versatility as a loose forward that can maintain a physical presence around the field.

He has represented New Zealand schoolboys level, as well as the New Zealand 7s side in the World Sevens Series.

Kiri Kiri has once again been included in the Turbos 2017 Mitre 10 Cup squad, having re-signed with the side in April.

In January 2018 Kiri Kiri was called up to the Blues Super Rugby training squad.