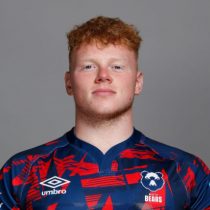 Equally adept at prop or hooker, Thompson’s outstanding work ethic and attitude saw him become an integral part of the Academy U18 setup, during a season that saw him flourish.

The former Worle School pupil attended the PDG at Weston and Bridgwater, playing his club rugby for Winscombe RFC and graduating SGS Filton.

Focussed, determined and committed, Thompson has been a fine ambassador for the DPP and PDG programmes.

In December 2020, Thompson was brought into the senior squad following a front row crisis at the club and was included in Bristol's first game of 2021 against Newcastle.