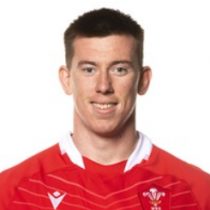 A hard-working and powerful second-rower, Adam Beard has built a reputation as a workhorse in the second-row for the Ospreys and Wales.

He made his debut for the Ospreys regional team in 2012 having previously played for the Ospreys academy. Having also played for Aberavon in the Principality Premiership, his first international recognition came at Under-18 and 20 levels for Wales as he continued to learn his trade at Ospreys.

Beard toured South Africa in 2013 with the Under-18s and made his senior Ospreys debut in 2014 against Exeter Chiefs, before helping the Wales Under-20s clinch the Grand Slam in 2016.

In May 2017, an uncapped Beard was named in the Wales squad for their two-Test summer tour, making his debut off the bench in the win over Samoa in June. His first start was against Georgia five months later.

Later was named in Warren Gatland’s squad for the 2018 Six Nations campaign. In January 2018, the Ospreys lock signed a two-year deal to stay at the Liberty Stadium until 2020.

He was been included in the Wales 2018 Summer Tour squad. Warren Gatland handed Beard his Six Nations bow in Wales’ victory against France in 2019 and he went on to star four more matches as they claimed a memorable Grand Slam title.

He was also a key figure of the Wales team that reached the semi-finals of the 2019 Rugby World Cup but only played one game for his country in the whole of 2020. January 2020 saw him sign a new deal with Ospreys following 68 appearances for the region.

After missing out on the Autumn Nations Cup, Beard was recalled by Wayne Pivac for the 2021 Six Nations and started four of the five games - only missing the win over Italy through injury.

While not selected in Warren Gatland’s initial 37-man squad for the British and Irish Lions tour to South Africa,.he was subsequently called up as a replacement for his national captain Alun Wyn Jones.

In January 2022, he signed a new three-year contract extension with Ospreys.