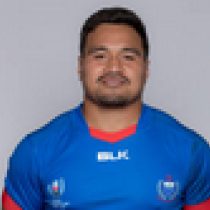 Alatimu took his rugby talents to Australia in 2016 where he guided Perth Spirit to the 2016 National Rugby Championship title.

The playmaker then made to the trip to Brisbane where he linked up with club side GPS for the offseason and was named in Brisbane City's squad for the 2017 NRC season.

He scored two tries during the 2017 season and earned his spot in the Manu Samoa squad for their 2017 November Internationals.

After making the move back to Perth he joined the Western Force and continued to stay in the Samoan squad and was named in the 2019 Pacific Nations Cup squad ahead of the 2019 Tournament.