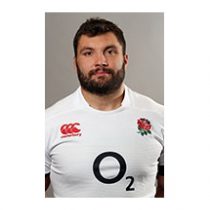 The 25 year old prop made his England debut against the country of his forefathers, Italy, in the 2011 Six Nations. Since then, Corbisiero has established himself as a key member of England’s squad. Corsibisiero’s rise to England recognition came as no surprise to the fans of London Irish who watched Alex develop since his 2008 debut. The 2008-2009 season proved seminal for Alex, as he made twenty appearances for Irish, including an appearance in the 2009 Premiership final. To date, the 25 year old has been capped nineteen times by England. At the end of the 2012/2013 season, Corbisiero left London Irish to join the Northampton Saints. Having recovered late from injury, was called up to the Lions squad in replace of the injured Cian Healy. The Saints man had an instant impact, leading to his selection in all three test of the victorious series. The highlight of the tour for Corbiserio came when he scored the first try in the crucial 3rd test against Australia.