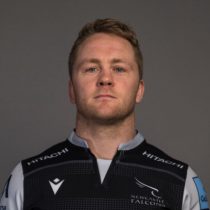 Tait played for England Under-18s a year young in 2005, he made his Falcons academy debut in the Langholm Sevens in the Scottish borders, helping the Falcons to victory as they demolished the Royal Scots Regiment in the final.

Scoring a hat-trick on his Falcons first-team debut against Cetransa El Salvador during the 2007-08 season, Tait helped England Under-20s to a Grand Slam in the Six Nations that year, as well as to the final of the IRB Under-20s Rugby World Cup.

Tait made his 100th appearance for the Falcons away to Jersey in the RFU Championship in November 2012, and was given the honour of leading his team out. He scored four tries in 19 games during the Falcons' 2012-13 RFU Championship winning campaign including a crucial try in the play-off final second leg at home to Bedford Blues.

To date, Tait has over 200 appearances for Newcastle Falcons, with 135 points scored.