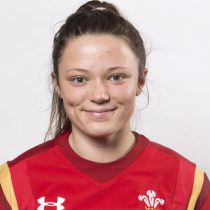 Alisha made her debut against Ireland in the 2016 Six Nations championship as a second half replacement before making her own start the following week against Scotland, scoring a try in Wales' 23-10 victory.

She heads into the 2020 Six Nations having made 20 appearances in the tournament, scoring 10 points.