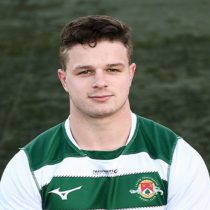 Kernohan's career got off to a rocky start due to injury after he was included in the 2018 Ireland u20s squad.

He missed out on a place in the Ulster Academy but forced his way into the senior squad after impressing the coaching staff enough to earn a start in pre-season against Gloucester.

Kernohan then found himself on the bench for Ulster's season opener at home to the Scarlets, before he was handed a starting spot in the Ulster team to face the Cheetahs in Bloemfontein.

In May 2019, he was named in the Ireland U20s squad for the World Rugby U20s Championship.

In the 2019/2020 season he had made two appearances off the bench and started once, against Leinster. Following the 2019/20 season he announced a move to Ealing Trailfinders