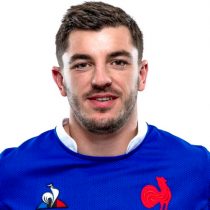 Originally from Pouillon in the Landes, Bouthier came through the US Dax Academy and represented the side for three seasons before opting to join RC Vannes in Federal 1 in 2014.

He played a major player in the rise of the Amateur club who progressed into Pro D2. His success with the club during the 2018/2019 season, where he made 27 appearances, caught the eye of Montpellier who signed the fullback on a two-year deal until 2021.

He impressed early on in the 2019/20 season earning a call up to the France 2020 Six Nations season after a stellar start to his career in the TOP14.

In May 2020, Bouthier extended his stay with Montpellier until at least 2023.