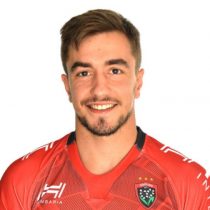 Meric joined Toulon in the summer of 2014 after spending a year with Toulouse prior to the move.

The exciting scrum-half represented France underage sides at U17, U19 & U20 level.

In the summer of 2017, Meric re-signed with Toulon for another three seasons.

His father, a Montauban player, was Pro D2 champion in 2001, winning the final against RC Toulon.

In February 2018, he was loaned to Stade Toulouse as injury replacement for Antoine Dupont until the end of the 2018-2019 season.

Meric went into the 2020 Top 14 season having made 18 appearances for the French giants.