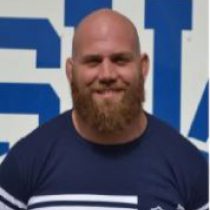 Joly is a season French prop who made his professional debut, in 2009, for Stade Français having joined their Academy in 2007.

He was selected four times as a French Under-20 team by participating in the World Cup in 2007.

In 2011 he joined Bourgoin a side he would spend only one season with before heading off to England in 2012 to join London Welsh.

Joly returned to his home country and joined Agen in 2013, he spent over 4 years with the club as he continued to perform in the Pro D2.

Having helped his side gain promotion to the Top14 and helped them stay up during the 2017/18 season, Joly signed a deal to join La Rochelle.