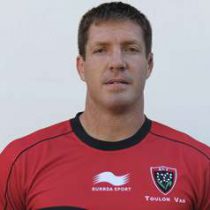 John Philip Botha, or otherwise known as Bakkies Botha, has a reputation of being one of the toughest rugby players in World Rugby due to is physical and confrontational style of play.

Bakkies is one of the most highly awarded rugby players in history. His list of achievements speaks for itself: 1 Vodacom Cup title, 3 Currie Cup titles, 3 Super Rugby titles, a World Cup trophy, 2 Tri-Nations titles, a British and Irish Lions trophy, a French Top 14 league title and 2 Heineken Cup titles.

He began his Super Rugby career in 2002 at the Bulls where he earned himself 100 caps over 9 seasons. After the 2011 Rugby World Cup, he signed for Toulon and has been a valuable part of the squad ever since.