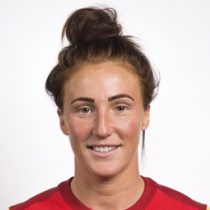 Bethan was enlisted in the British Army, and was deployed to Afghanistan in 2011 before picking up rugby in 2015.

She represented Wales in both legs of the Rugby Europe Championship in Russia and France, helping Wales secure a place in the Women's Sevens World Series Qualifiers in Dublin, Ireland.

In January 2017, she was called into the Wales Women squad for the Six Nations tournament.