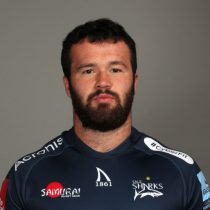 Bevan Rodd is a promising prop,who can also play hooker, currently contracted to the Sale Sharks.

He was included in England’s U20 Six Nations squad for the first time in 2019.

His Sale Sharks debut came off the bench in the club's Premiership Rugby Cup tie against holders Northampton Saints and helped his team secure a 39-18 victory.

Rodd managed to get in on the action, setting up a try for fellow debutant Akker van der Merwe on 64 minutes, with a pass which drew praise from the club's Twitter feed during the match.