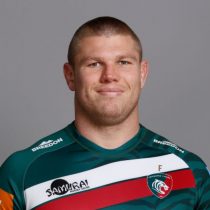 Enever was selected for the Australian Under 20 team which competed in the 2011 IRB Junior World Championship in Italy where he made 4 appearances and scored 2 tries.

During the 2012 Super Rugby season, he signed with the Reds on a short-term contract to cover an injury crisis. This turned out to be his only appearance during that campaign, however, he did enough to convince head coach Ewen McKenzie to name him in extended playing squad for the Reds in 2013.

Enever continued to turn out for the Easts Tigers before signing for Queensland Country in 2014. His form with Queensland caught the Brumbies' coaching staff's attention and he signed for the side ahead of the 2015 season while also switching Queensland Country for the Canberra Vikings.

Efficient in the line-out, possessing excellent ball-winning technique, Enever also loves a carry and is not shy of a tackle, characteristics that have made him a popular figure with the Canberra faithful.

He had a strong 2015 NRC season where he called lineouts and was a key member of the starting side, playing in all ten matches, and in August 2016, he was named vice-captains for the 2016 National Rugby Championship campaign, sharing the title with teammate, Robbie Coleman.

2017 proved to be a massive year for Enever as he signed a new three-year deal with the Brumbies while also going on to be capped at international level by the Wallabies as he made his Test debut against England at Twickenham.

Enever went into his fifth season with the Brumbies having become a vital cog in the set up.

Following 49 Super Rugby matches for the Brisbane side, he was granted a release on compassionate family grounds in June 2020, later that month he agreed a deal with Leicester Tigers.

February 2021 saw him being released early at the Tigers.