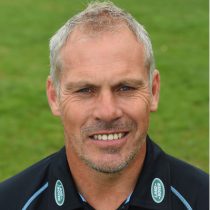 Regarded as one of the leading defence specialists in the northern hemisphere club game, Sydney born Davis has gathered a wide range of experience in both the league and union codes over a period of more than 20 years.

In rugby league, he played at stand-off, scrum-half and hooker for Huddersfield, Wakefield Trinity, Castleford Tigers (where he is a hall of fame inductee) and Villeneuve in France, where he also took up his first coaching role, before returning to Castleford where he combined his final playing days with the post of Assistant Coach.


In 2006 he switched codes to join Bath as Defence Coach where he made a huge impact, helping the club towards a European Challenge Club win in 2008 and three consecutive Premiership semi-finals at a time when Bath were regarded as having one of the meanest defences in England. During his time with Bath, he also took on additional skills-based responsibilities.

He left the Rec in the summer of 2013 to join Wasps as Defence Coach, where he has enhanced his reputation as the club enjoyed improved fortunes on the field. He helped Wasps to the Premiership final before joining Ospreys.

In June 2019, he was confirmed as London Irish's new defence coach in their first season back in the Premiership.