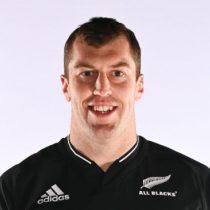 This talented young lock earned a call into the All Blacks in 2012 after an impressive Super Rugby debut season.

One of the strongest locks in the competition in 2012, Retallick was a key driving player for the Chiefs forward pack. Brodie made has test debut against Ireland in 2012, helping his side along the way to a 42-10 win.

He was presented the Chiefs Rookie of the Year and Player of the Year awards. With his massive work rate and mobility, Retallick is now establishing himself in the starting All Blacks 15 and is developing into one of the world best locks.

In 2014, he was awarded World Rugby Player of the Year. Despite a few injuries in 2015 he made a return towards the end of the Super Rugby competition and won the World Cup with New Zealand.

Retallick has played 60 test caps for the All Blacks ahead of the 2017 Super Rugby season and he will be a key member of the Chiefs team. He has made 71 Super Rugby appearances for the Chiefs scoring 5 tries.

In June 2017, despite concerns about his health due to recurring headaches, Retallick was named in the All Blacks squad for the NZ Lions Series. The Chiefs second-row overcame his injury worries to further enhance his reputation as the world's leading second-rower.

Ahead of the 2018 November International, Retallick has obtained 71 test caps. In June 2019 he announced a new 4 year deal with NZRU giving him 2 years in Japan at Kobelco Steelers and rejoining the Chiefs in 2021

World Rugby Player of the Year 2014