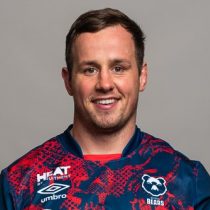 Bryan plays as a hooker and has represented Ireland U18, U19 and at U20 level. He is a strong runner and reliable at set pieces.

April 2015 saw him being awarded a senior contract with Leinster following completion of his time in the academy, having previously played with the Leinster senior team in September 2014.

In April 2017, Leinster Rugby confirmed Byrne had signed a new contract with the province for 2017/18 and beyond.

February 2020 saw the hooker join Premiership club Bristol Bears on loan for the remainder of the season before signing a permanent deal with the club in July.

He played 47 times for Leinster. Having become a permanent member of the squad, Byrne enjoyed a strong start to the 2020/21 season scoring seven tries.

In March 2021, Bryan Byrne extended his contract at Bristol Bears.