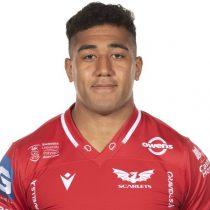 Carwyn is the son of former Tonga international Katilimoni Tuipulotu, who played club rugby in Wales for Dunvant and Neath.

Originally with Newcastle Falcons Academy, he was picked up through the Welsh Exiles programme and joined the Scarlets.

A powerful ball-carrier, Carwyn has already represented Wales U18s and is tipped for a bright future in the game.

In July 2021, he was named to make his senior Scarlets debut from the bench against Leinster in round 8 of the PRO 14.