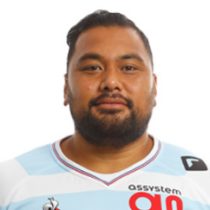 A giant of a man, Johnston is a seasoned campaigner for both International and Club rugby.

The giant prop has spent a bulk of his professional career in England (Saracens 61 Caps) & France (Toulouse).

Two stints at Taranaki and a season at Biarritz started his pro career. With well over 150 appearances for Toulouse he is not shy of experience. He will be looking to add to his 47 International Caps for Samoa after being a late inclusion in their RWC squad following an injury to Mulipola.

Johnston is playing for Toulouse in the Top14 and made 19 appearances in the TOP14 and seven times in the Champions Cup during the 2016/17 season.