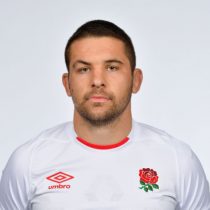 Charlie grew up in Bournemouth, attending Moordown St Johns School and Bournemouth School. He captained Bournemouth school to a number of local successes playing in a number 8 role and his partnership with speedster Chris Speers was very formidable.

In 2013/14, Ewels became one of six players to start all three matches as the England U18s lifted the Justin Bridou Trophy as winners of the 2012 FIRA/AER European Championship title in Madrid.

The lock followed that up with the U18s side by winning the competition again, beating France at the Stade des Alpes. On the way to that final victory in Grenoble, Ewels captained the team to an 82-8 victory over Portugal in the opening round.

Ewels, who hails from Bournemouth, was a key member of the England U20 team which won the 2014 Junior World Championship in New Zealand. He made his Bath Rugby debut against Glasgow Warriors in the European Rugby Champions Cup in November 2014, and went on to make eight first-team appearances whilst still in the Academy.

He made the step from Academy to first-team over the summer in 2015, as well as captaining the England U20s to the runners-up spot in the World Rugby U20 Championship Final. The following summer, he partnered Clubmate Dave Attwood in the England Saxons second row for a series victory against South Africa A.

A senior-call up was not far behind with Ewels showing his world-class pedigree in the Bath Rugby ranks. The second-rower made his test bow off the replacement bench during England’s 58-15 victory over Fiji.

At just 21, Ewels made his 50th appearance for Bath in the 27-21 victory over arch-rivals Leicester Tigers at Twickenham Stadium in April. It was a big summer to come for Ewels, as he travelled with England for the two-match tour of Argentina.

In September 2019, he was named Bath Rugby captain ahead of the 2019/20 campaign, replacing Matt Garvey.

Ewels made an appearance for England in their Rugby World Cup warm-up clash against Italy but didn't make the final squad for the World Cup.

He returned to the test side for the 2020 Six Nations with 12 test caps to his name.