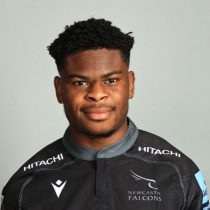 He remained at the club until he was 15 or 16. He joined the Falcons' senior academy in the summer of 2019, having previously starred in the junior academy.

The outside back won the annual St Joseph’s Festival with RGS Newcastle in 2019, the first time the school had won the competition.

An England representative at under-17s and 16s levels, represented the Falcons' A-Team.

Obonna made his first team debut during the 2020-21 season, coming on from the bench to help create three tries in a European Challenge Cup victory at French club Castres, and scored his first Premiership try at home to Northampton in May 2021.